City Guide: The names and meanings of these 10 cities in Ghana

Ghana currently has 16 regions but prior to the addition of new regions, 10 regions each with capital cities which serve as the sub-administration hub of governance.

The former ten regional boundaries were officially established in 1987 after the Upper West was inaugurated.

Just like the country, Ghana, all the regional capitals were named by local people or colonials powers. Some of these names have very interesting etymologies, history and sources.

In this article, we highlight the names and meanings of these 10 cities in Ghana.

The name Takoradi is a combination of the Portuguese word Taccarada and a local word Ntakor.

Prior to the advent of Europeans, local inhabitants mostly the Ahantas referred to the area as “Amanful-kro” meaning Amanful’s town or simply Amanful, even today this name has been maintained for some part of the city.

The Portuguese in 1485 built a slave post where the harbour view is currently located and named it ‘Taccarada’. Meanwhile the local people were already referring to the place as Ntakorase, meaning “under the Ntakor tree”. 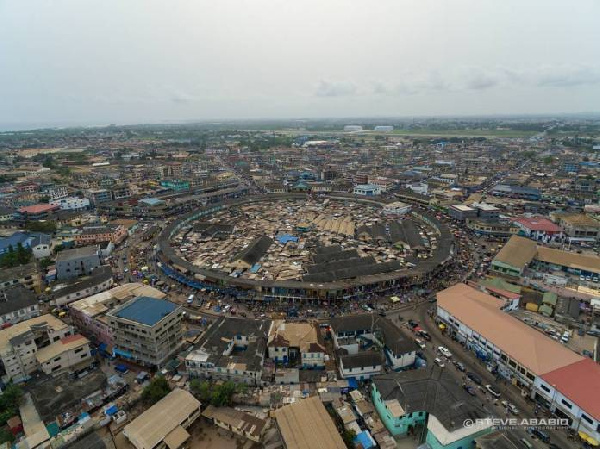 As time went on the pronunciation of the two words merged to form Tacorrasi which then became Takoradze, (local pronunciation). Before 1800, the British and the Fantes finally adopted the name TAKORADI which remains the official name till date.

The city of Sunyani rose as an outpost camp for elephant hunters during the 19th century. “Sunyani” is an anglicized lexeme from the Akan word ‘Asondwaee’, ‘Ason’ meaning elephant and ‘dwaee’ verb – to skin or to butcher an animal. Sunyani was voted the cleanest city and settlement in Ghana for the year 2007 and is celebrated for its well-maintained suburbs. 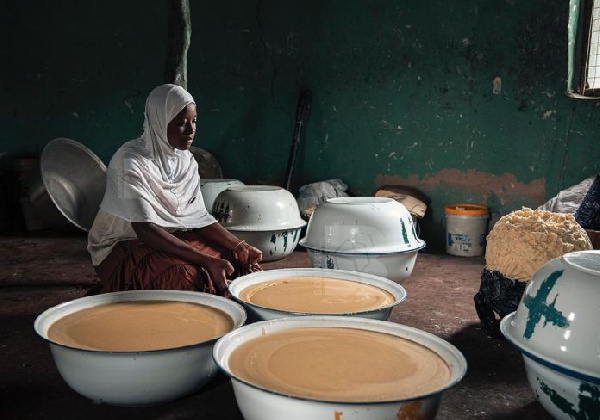 According to local sources and anthropologists, the city which is now known as Tamale is a relatively new town. At the turn of the last century, it was just a cluster of villages known mainly for the numerous shea butter trees; the ‘tama’ from which it got the name Tamale.
The tree is known as táá?à, pl. táánsì, and the fruit, as táánì, pl. támá in Dagbani, the language of the local population. ‘Tama-Yili’ means “Home of Shea Butter” in Dagbani. 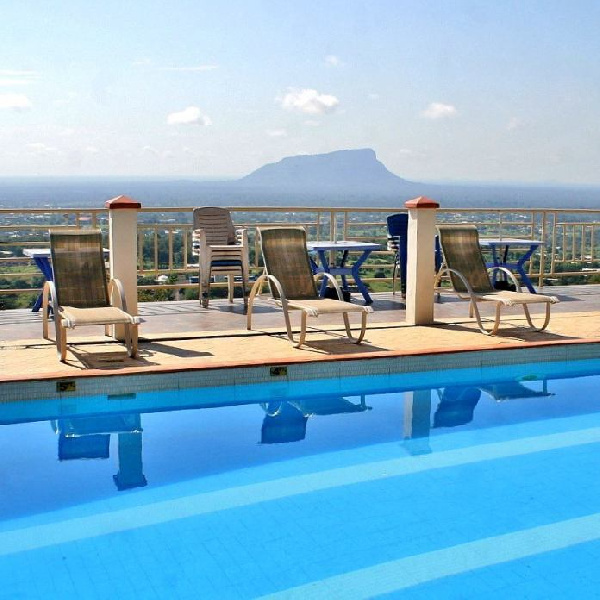 In his book, “The Role of Art in the Celebration of Asogli Yam Festival and its Significance to the Socio-Economic Development of Ghana”, R. Gbadegbe states that, “In Ewe, the word ‘Ho’ means to move with bag and baggage. So when calling the people who are now known as Ho people the ‘Hoawo’, one is unknowingly referring to them as people who moved with everything they had from the great wall of Notsie.

The city of Ho is the capital of the Volta Region and lies between Mount Adaklu and Mount Galenukui or Togo Atakora Range, and is home to the Volta Regional Museum, an airport, a cathedral, and a prison.
The University of Health and Allied Sciences is also located here. 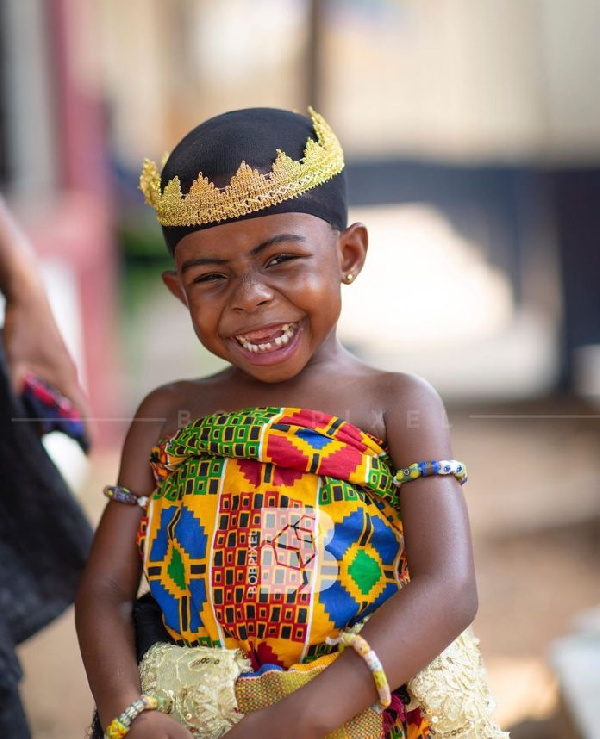 A royal dancer in Kuamsi by Bob Pixel

Kumase or Kumasi’s etymology is derived the Twi language, meaning “Under the Kum tree.” The word “ase” or “asi” means “under, down, or below” and is used in many place names in Ghana, such as Obuasi, Daboase, and Kenyase.

Oral tradition cites a powerful 17th-century priest, Anokye Komfuo as the originator of the name.

According to folklore, he planted three “KUM” trees at different locations in the Ashanti empire. One at Kwaaman ruled by the Nananomayokofuo, a second one at Apemso-Bankofo ruled by Nananomaduanafuo and a third a village near Fomena and Amoafo called Oboani ruled by Nananomekuonafuo.

The Kum tree at Kwaaman flourished and became a very big tree under which the King and his people often sat and so Kwaaman became Kum-ase meaning under Kum. The other trees at Oboani produced a couple of other trees which were all small in size hence its new name, Kuma. At Apemso-Bankofo, it did not flourish causing the people to refer to the place as Kumawu.

The town Wa is the regional capital of the Upper West Region.

The town boasts several churches and mosques, the Wa-Na Palace, the St. Andrew’s Catholic cathedral, the University for Development Studies (UDS), a museum and a nearby hippopotamus sanctuary.

“The name of the town means ‘come’ in the Waali language.” AKA, p.47, fn.29 “The name Wa by its etymology means ‘we came to watch a dance’- [te wa kaa yeng seore], according to Ninfaazu, an M. Phil student of the Institute of African Studies”.

Wa also holds the mortal remains of Babatu, a notorious raider well known for his raids in Upper West region during the late and early 19th century.

The capital city of the Upper East region, Bolgatanga or locally referred to Bolga is located in the Northern regions of Ghana.

The name Bolgatanga is derived from a large flat rock that is said to lie in the middle of the town’s market. According to scholars, the rock has close proximity to site where the first settlers dug clay for building and polishing their houses.

Clay in the Frafra language is “bolga” and rock is “tanga” – hence the name Bolgatanga referring to the clay area near the rock.

Bolga lies in the Red Volta River Valley, a major migration route for elephants, with the White Volta River and the cliffs of the Gambaga Escarpment to the south of the town forming the southern boundary of the Upper East region. It is adjacent to the border with Burkina Faso.

The etymology of Koforidua, the capital of the Eastern Region of Ghana has two sources. A first source claim that the city of Koforidua owes its name to a man, Kofi Ofori, who had built his hut under a huge mahogany tree.

According to oral tradition, the tree provided shelter for weary farmers who were returning from their farms after a hard day’s work. Over time it became common for the farmers to say that they were going to rest under Kofi Ofori’s tree.

Kwame Ampene the author of the second source mentions a certain “Ofori” who was a prince of the chief of Kukurantumi and founded a village at a vantage point on his father’s estate.

The Tradition continues that the headman of the village was affectionately called Kwa-Ofori, meaning ‘Servant of Ofori’.

Kwa-Ofori established a market under a huge tree where prospective buyers and sellers came to transact business. This is the origin and meaning of the name Kwa-Ofori-Dua-Ase, now corrupted into Koforidua. 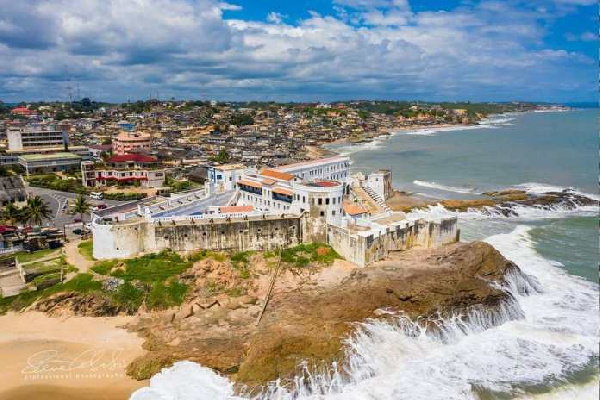 The historical city of Cape Coast is originally known as Ogua. Others locals refer to the area as Kotokuraba which means “River of Crabs” or “Village of Crabs”.

The name Cape Coast was given to the city by Portuguese traders who built the first trade lodge in 1555 and called the local settlement ‘Cabo Corso’, meaning ‘short cape’, English traders changed it to Cape Coast.

It is home to 32 festivals, the Cape Coast Castle, Asafo Shrine, Fort William, Fort Victoria, the Kakum National Park and a number of educational establishments. 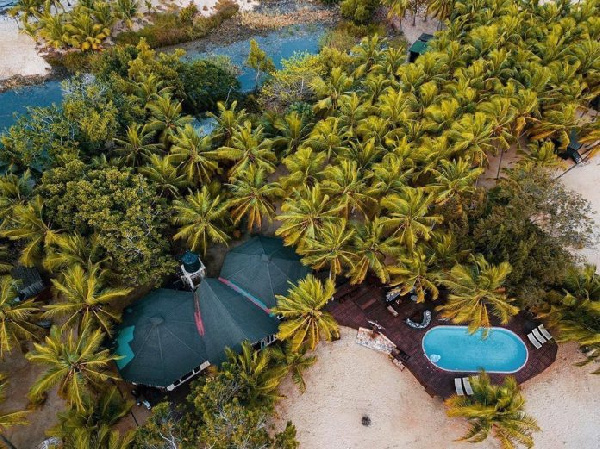 Accra’ is a corrupted European version of the Fanti word “Nkran” which means ants referring to the people and the soldier ants. The Ga-Adangme people refer to the city as Gã or Gaga. There are several sources for the etymology of the name.

Accra is the capital of Ghana and home to approximately 2.2 million Ghanaians and foreign residents who live, work and visit in its 12 local government districts.

GhanaWeb is not responsible for the reportage or opinions of contributors published on the website. Read our disclaimer.

166 thoughts on “City Guide: The names and meanings of these 10 cities in Ghana”