A section of Ghanaians on social media have rebuked Nana Serwaa Acheampong, the daughter of late former president of Ghana, General Ignatius Kutu Acheampong over her ‘insensitive’ comments on the death of President Jerry John Rawlings.

Nana Serwaa in a statement released on Thursday after news of the death of former president Rawlings hit social media said among other things that he (Rawlings) died too easy.

According to her, unlike her father who was executed by a firing squad, Rawlings died comfortably.

She said she feels cheated that she was denied the presence of her father during her childhood while children of Rawlings had him by their side and received fatherly care and protection from him.

“Now he’s dead, and somehow I feel robbed, cheated because unlike my father, Rawlings’ death was too easy, too comfortable probably…

“Now I think, his children and I are the same fatherless! But at least they grew up knowing their father, they grew up being provided for and protected by their father. So now, we are not the same. Rawlings took my father away from me by firing squad, leaving me with no father to provide for me or protect me. Rawlings is dead and I feel cheated”, part of her statement read.

Her comments which was shared on Facebook by political commentator, A Plus, however have triggered a lot of emotions and disgust for those who see/saw Jerry John Rawlings as their hero, as they have descended heavily on the young woman for her insensitivity.

They called her out for being ignorant of the system under which Rawlings was operating, and claimed her father was a ‘traitor’ who deserved what he got.

Others opined that she had been lied to about the real truths of what went on during the revolution and so she should acquaint herself with history and move on with her life.

General Kutu Acheampong and some senior military officers were executed during the June 4th, 1979 revolution staged by J.J Rawlings.

They were executed by the Armed Force Revolutionary Council (AFRC) in 1979 for alleged acts of corruption.

Below are some of the reactions to her statement 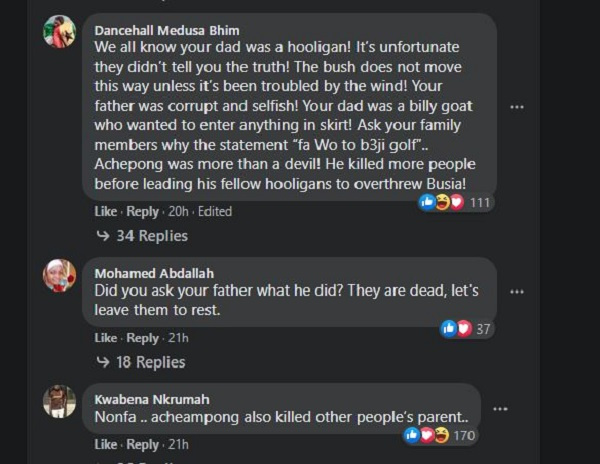 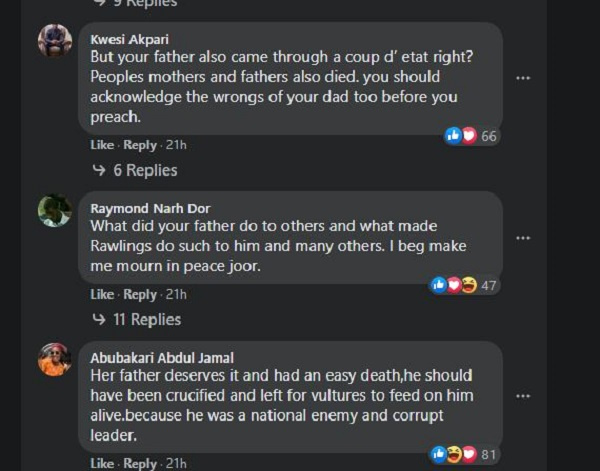 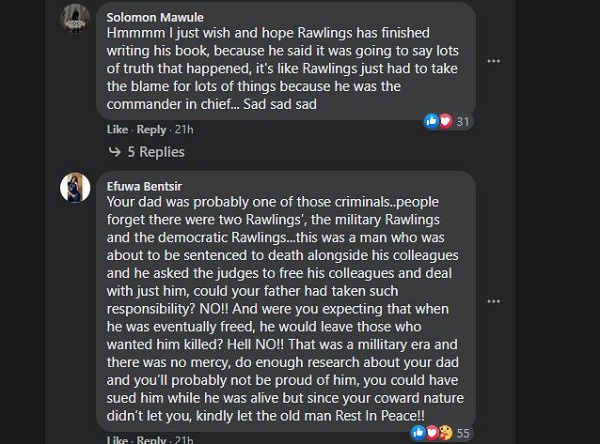 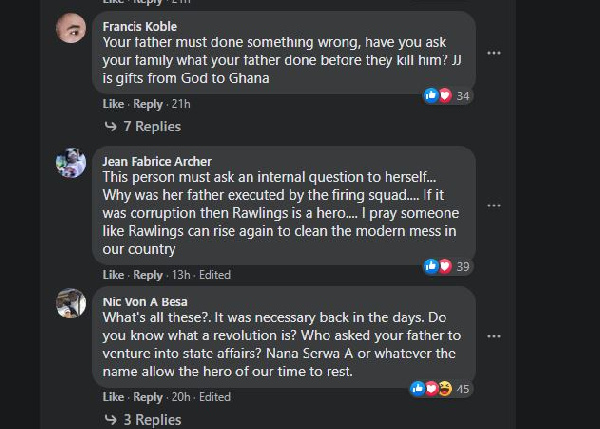 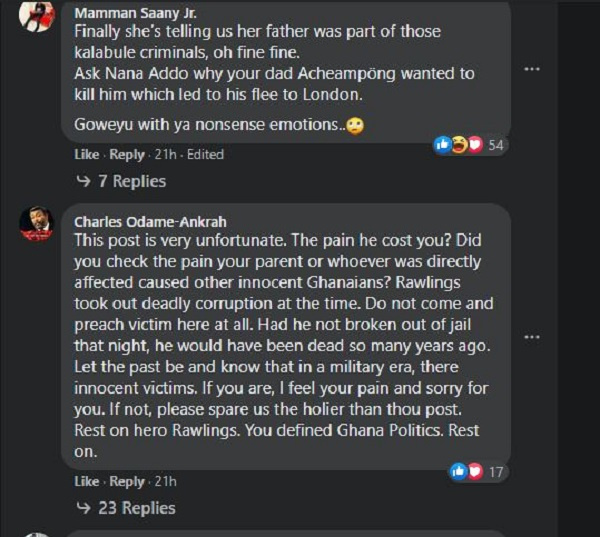